Can’t get enough of BTS? Now you can have specialised BTS burgers and entire fast-food meals dedicated to the K-pop band — here’s how 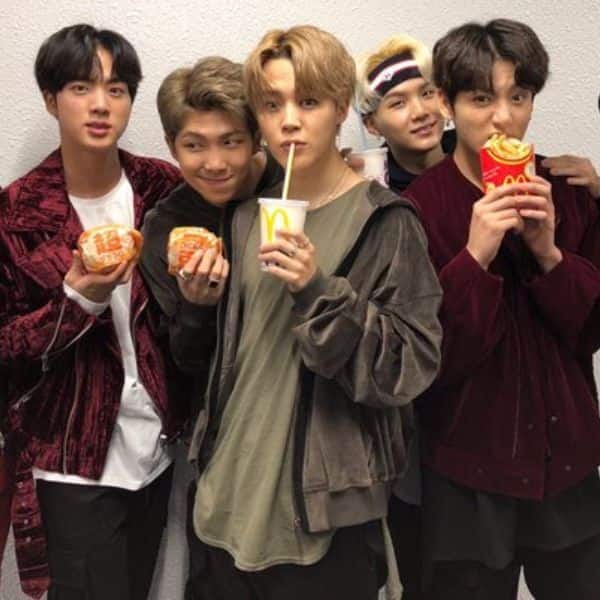 The popularity of BTS is reaching unprecedented heights by the day, and it looks like there’s no slowing down the band anytime soon, be it with their fame or the records their songs keep breaking. In fact, such is their global fame that their fans the world over don’t merely refer to themselves as ‘fans’, no, siree. For those not in the loop, BTS fans come under a collective worldwide family called ARMY, and boy, is ARMY super-active in promoting and lapping every miniscule detail about their favourite K-pop band. Well, if you’re one of those then have we got some exciting news for you below: Also Read – BTS: Apart from singing and love for ARMY, the septet has a fixation with striking hair colours, and here’s proof – view pics

Very soon, specialised BTS burgers and entire fast-food meals based on the iconic group will be available at a popular burger chain in several of its international branches. The junk food dedicated to the K-pop band will be put out as a customised ‘BTS Meal’, and will be launched next month, May 2021, in as many as fifty countries, including South Korea, USA, Australia, Brazil, and India. The unique collaboration between the burger chain and BTS will bring consumers as also fans of the band a limited-time menu, which will contain chicken nuggets, fries, and two dips among other flavour combos. Also Read – BTS’ Dynamite continues to set milestones; check out how it has now entered the Guinness World Records

Needless to say, news of the ‘BTS Meal’ has sent ARMY into a tizzy, with many taking to Twitter and Instagram to share their happiness. However, this is not the first instance of such a collaboration. The same burger joint had earlier launched specialised meals dedicated to singers J Balvin and Travis Scott, which were rousing successes, and it expect the same boost with the BTS Meal. Also Read – BTS is dominating the World Albums chart like few have in the history of music; check out their staggering recent ratio