The septet hopes to win a GRAMMY with BUTTER, and we say it’s now high time they do! 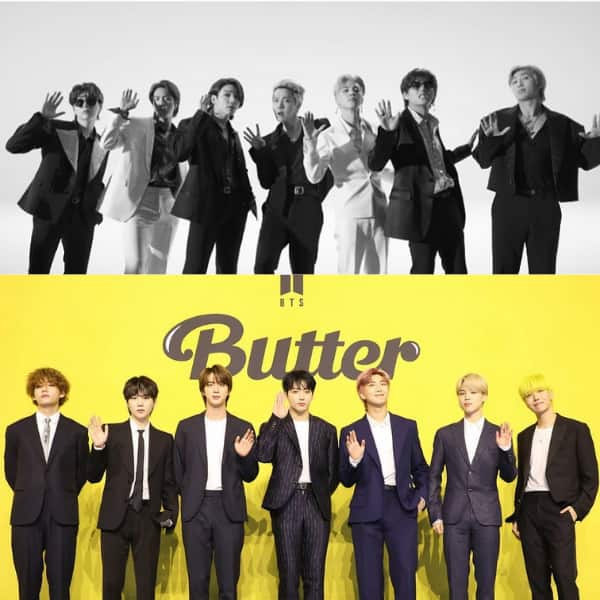 BTS recently dropped their new single, Butter, and it has become a hit already. Butter had been one of the most anticipated music videos by the septet for some time now and we must say, they did not disappoint as always. BTS’ Butter is their second all-English song. The peppy summer number was released yesterday and it broke records soon after being launched. A press conference was held for Butter’s release, attended by the septet. In the conference, the boys were asked to reveal the reason why they came up with another all-English song since BTS loves to include their own language, which has become a whole new genre of music now. And the answer to the same is winning ARMY’s hearts. BTS hopes to win a Grammy this time and hence, they made Butter an all-English song. Also Read – Hollywood News Weekly Rewind: BTS drops the music video of their new single Butter; Lady Gaga recalls her rape which led to her pregnancy

A reporter asked BTS whether this was their way to get a Grammy home and Suga, along with RM, ascertained the same. Suga aka Min Yoongi said, “I think that we can’t say that’s completely untrue. We still maintain our hopes regarding winning a Grammy. We will challenge it once again with “Butter”. Hopefully, there will be good results.” Also Read – Woah! BTS’ Butter hits 10 million views on YouTube in just 13 minutes upon release

Agreeing with Suga, RM, the leader, aka Kim Namjoon added, “Just like many have been curious about, we are definitely thinking about the Grammys. We will challenge it to our best abilities.” Now, that’s a good approach. ARMY would be super-happy though they don’t need any validation of awards as ARMY has always got the band’s back (see what we did there, you would know if you’ve watched Butter). Also Read – BTS leader and ardent FRIENDS fan, RM aka Kim Namjoon lists which septet can play the characters from the show

Talking about their latest music video, it crossed 2 million likes within 47 minutes of its release, thereby breaking the record of the group’s other chartbuster, Dynamite, which accumulated 2 million likes in a span of 1 hour and 3 minutes. Another thing that has caught ARMY’s attention is Taehyung’s hairstyle at Butter’s press conference. V aka Kim Taehyung debuted his permed hair that sent Taetae fans into a tizzy. Later, during a VLive session, the boys were seen pulling pranks on Taehyung for his hairdo.