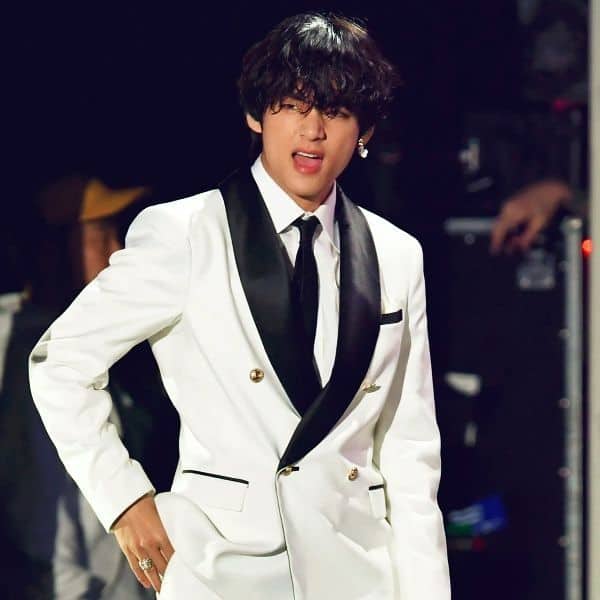 The popularity of K-Pop band BTS is increasing day by day. In a past interview to Hollywood Repoter, the band members were asked their favourite song lyrics. Jungkook shared some lines from his solo song, Euphoria, while Jimin mentioned some lyrics from Answer: Love Myself. Also Read – As BTS enters the global brand space with McDonald’s, will the K-Pop kings foray into the Indian market?

When it was V’s turn to answer, he picked one from the chorus of an older BTS song called Fire, which originally released in 2016. “Set everything on fire bow wow wow,” V said. The other members of this K-pop group laughed and RM asked the singer to translate for fans who might not understand the lyrics. “All fire bow wow wow,” V answered. Also Read – Yay! BTS announces a ‘Butter’ CD single featuring a new song – deets inside

V revealed in an interview with E Now, that earlier he didn’t have a great voice. He had said, “My vocal teacher used to scold me because of how I sang.” His band mates revealed that he walks and talks in his sleep. The members said that V is “loud and clear” when he talks in his sleep. Also Read – BTS: Becky G fan girls over Jimin, Jungkook and RM after they ace her Spanish parts in the live performance of Chicken Noodle Soup in Muster Sowoozoo 2021

Sharing another incident, the members revealed that Kim once asked J-Hope to order food at late night and the next day he completely forgot about it. V also grabs the limelight for his eating habits as his colleagues revealed that dieting is difficult when Kim is around. Explaining it with example, they shared an incident when some of the members were on diet, V chocolate bread and started eating in front of them just to tease.

As their new single Butter continues to break records, BTS, or Bangtan Sonyeondan, are touching the skies of massive success as no other group has done in recent times anywhere in the world, riding a wave few musicians have done in the history of popular music. It remains to be seen whether the song will become their most-watched song on YouTube.